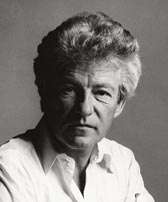 Thomas Patrick John Anson, 5th Earl of Lichfield (25 April 1939 – 11 November 2005) was an English photographer from the Anson family. He inherited the Earldom of Lichfield in 1960 from his paternal grandfather. In his professional practice he was known as Patrick Lichfield.

Arms of the Anson family, Earls of Lichfield

Thomas Patrick John Anson was born 25 April 1939. He was the only son of Lieutenant-Colonel Thomas William Arnold Anson, Viscount Anson (1913–1958), the eldest son and heir apparent of Thomas Edward Anson, 4th Earl of Lichfield (1883–1960). His mother was born Anne Bowes-Lyon (1917–1980), a niece of Queen Elizabeth The Queen Mother. His parents divorced in 1948, and his mother subsequently became Princess Anne of Denmark after her remarriage to Prince George Valdemar of Denmark in 1950. He had one sister, Elizabeth Georgiana (1941–2020), who married Sir Geoffrey Adam Shakerley, 6th Baronet Shakerley.

Lichfield was educated at two boarding independent schools: at Wellesley House School,[1] in the coastal town of Broadstairs in Kent, and at Harrow School, in Harrow on the Hill in North West London, followed by the Royal Military Academy Sandhurst.

Part of the exhibition of Lichfield's work, at Shugborough Hall

Lichfield joined the Grenadier Guards in 1959. On leaving the Army in 1962, he began to work as a photographer's assistant, and built up his own reputation, partly as a result of having access to the Royal Family. He was selected to take the official photographs of the wedding of the Prince and Princess of Wales in 1981, and subsequently became one of the UK's best-known photographers. From 1999 onwards he was a pioneer of digital photography as a professional standard. He was chosen by the Queen and the Duke of Edinburgh to take official pictures of her Golden Jubilee in 2002.

He made a cameo appearances in the Casualty in 2003 episode In the frame, Keeping Up Appearances episode Sea Fever as a passenger on the Queen Elizabeth 2.[citation needed]

Lichfield resided at the former family seat of Shugborough Hall, near Cannock Chase in Staffordshire although in 1960 he had given the estate to the National Trust in lieu of death duties arising on his grandfather's death.[citation needed]

On 8 March 1975 Lichfield married Lady Leonora Grosvenor, elder daughter of the 5th Duke of Westminster and Duchess of Westminster. They were divorced in 1986. The Countess of Lichfield has not remarried and has retained her title. They had one son and two daughters together:[2]

Lichfield's most recent partner was the biographer Lady Annunziata Asquith,[4] daughter of Julian Asquith, 2nd Earl of Oxford and Asquith. 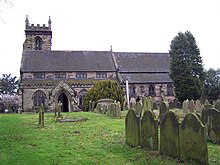 St. Michael and All Angels, Colwich

On 10 November 2005, Lichfield suffered a major stroke and died the following day (Remembrance Day) at the John Radcliffe Hospital in Oxford, aged 66.

Lichfield's funeral was held on 21 November at St. Michael and All Angels Church, Colwich, Staffordshire, where he was buried in the family vault.[5]

Since 2011, the private apartments at Shugborough have housed an exhibition of Lichfield's work. His cameras and lighting gear have been set up in a re-creation of his studio, and there is a gallery of some of his most famous photographic subjects.[6]