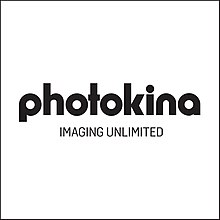 South Entrance of the Cologne Trade Fair during Photokina 2008

Photokina (rendered in the promoters' branding as "photokina") is a trade fair held in Europe for the photographic and imaging industries. It is the world's largest such trade fair.[citation needed] The first Photokina was held in Cologne, Germany, in 1950, and since 1966 it has been held biennially in September at the koelnmesse Trade Fair and Exhibition Centre in Deutz. The final Photokina under the then-current biennial cycle took place in 2018. Initially, the promoters planned to start a new annual cycle in 2019, with future shows to be held in May, but they later decided not to begin the new annual cycle until 2020.[1][2] The worldwide outbreak of the Coronavirus disease 2019 and its effect on the imaging industry made koelnmesse decide to cancel both Photokina 2020 and Photokina 2021.[3] Many photographic and imaging companies introduce and showcase state of the art imaging products at Photokina.

The show has two main competitors, both of which are annual shows held in different parts of the world. The CP+ show in Yokohama, Japan, originally the Japan Camera Show, has been held since the early 1960s. In the U.S., the main photography show is PMA@CES, which since 2012 has coincided with the Consumer Electronics Show in Las Vegas.

The first Photokina was held in 1950 at the initiative of  [de]. U.S. President Dwight D. Eisenhower sent a greeting telegram marking the opening of Photokina in 1956.[citation needed]