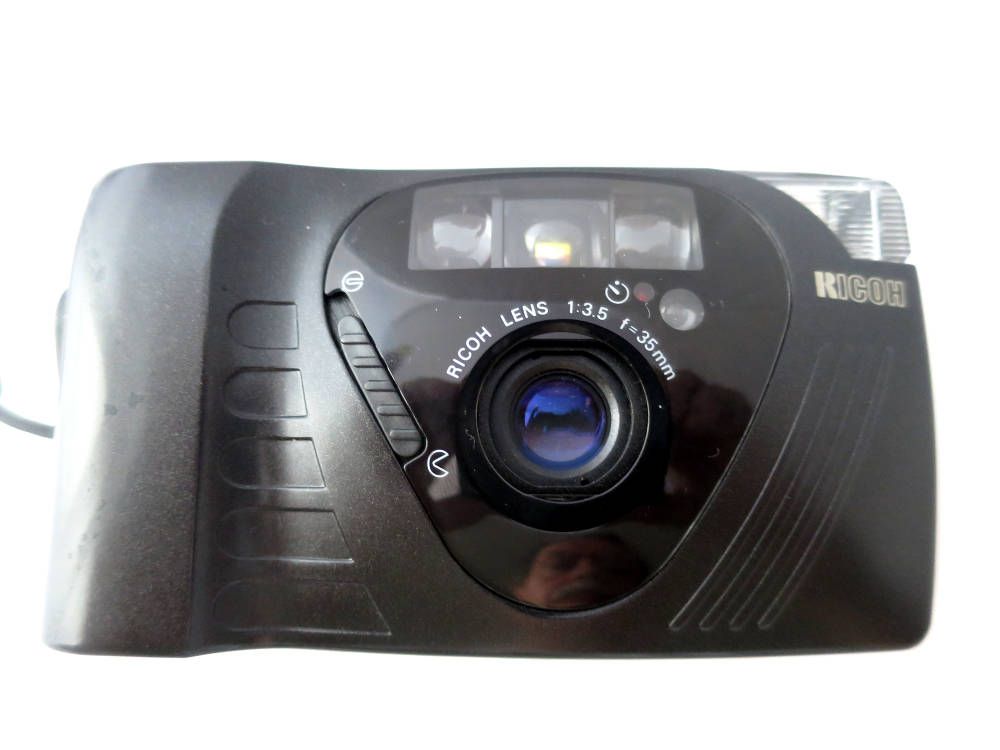 The Ricoh FF-9 is a 35mm moderate wide angle ultra compact camera which was released in 1988. It was also released as FF-7. It is a basic camera with some extra features.

The TV mode allows you to tale a photo of the TV – not sure why I would want to do that.

This camera is easy to use, move the on/off slider, the cover opens and it's ready. Autofocus is responsive and works well. Putting a film is easy as well, you drop the film, tear the film leader up to the mark and that's it. The camera winds it automatically. It has quite some manual settings if needed, the menu is very easy to access on a LCD screen, but the mode button (on the side of the strap) needs fingernails or a pointed tool. Auto flash setting at start, which is the case with most ultra compacts.

There is no dedicated flash off mode except night infinity and TV screen mode, but the camera does not activate the flash if the subject is more tha 3m away. Night photos are limited because of 1/4 sec. min shutter speed. Daytime Synchronization activates either Auto BackLight Control for backlit subjects over 3m or synchronization by flash within 3m.

There are several modes which are hard to find on other models: Multi exposure mode, Continuous mode (1 fps) until the film ends, Interval mode (1 shot every 60 sec.) until the film ends and TV mode to capture pictures from a TV screen (1/30 fixed speed, F4). The remote socket takes either a cable release, an infrared sensor or even an audio (noise) sensor.

The FF-9 is powered by a single CRP2  battery.

The FF-9 is a 35mm compact camera released by Ricoh circa 1988. It is also known as the FF-7. A similar specification newer body version was released a couple of years afterwards as the FF-9s.

The lens is a 35mm four element, f/3.5 design with a minimum focus distance of 0.8m. It is protected by a sliding lens cover. Uncovering the lens will power the camera, enable the shutter release button and display the battery level on the LCD. There are a number of shooting modes that can be changed by a button on the right hand side of the body. Infinity mode (mountain), night infinity (dark mountain), TV (1/30 of a sec), continuous shooting mode, interval (1 photo every minute), and multiple exposure mode.

DX code film from 100 to 1600 ISO is recommended. Non-coded film is treated as ISO 100. Film loading is automatic, and advances to the first frame. Film is automatically advanced and rewound. Mid-roll rewind is also possible by using a point to press a button on the base of the camera. The LCD panel displays the film status, and has a film exposure counter. When the film is advanced the counter is increased, and when rewinding the counter is decreased. This also animates film leader segments on the LCD. It is powered by a single CRP2 battery. 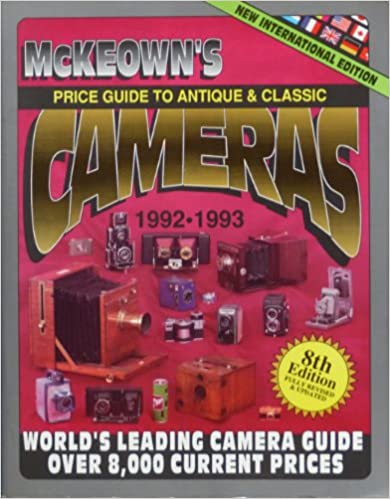 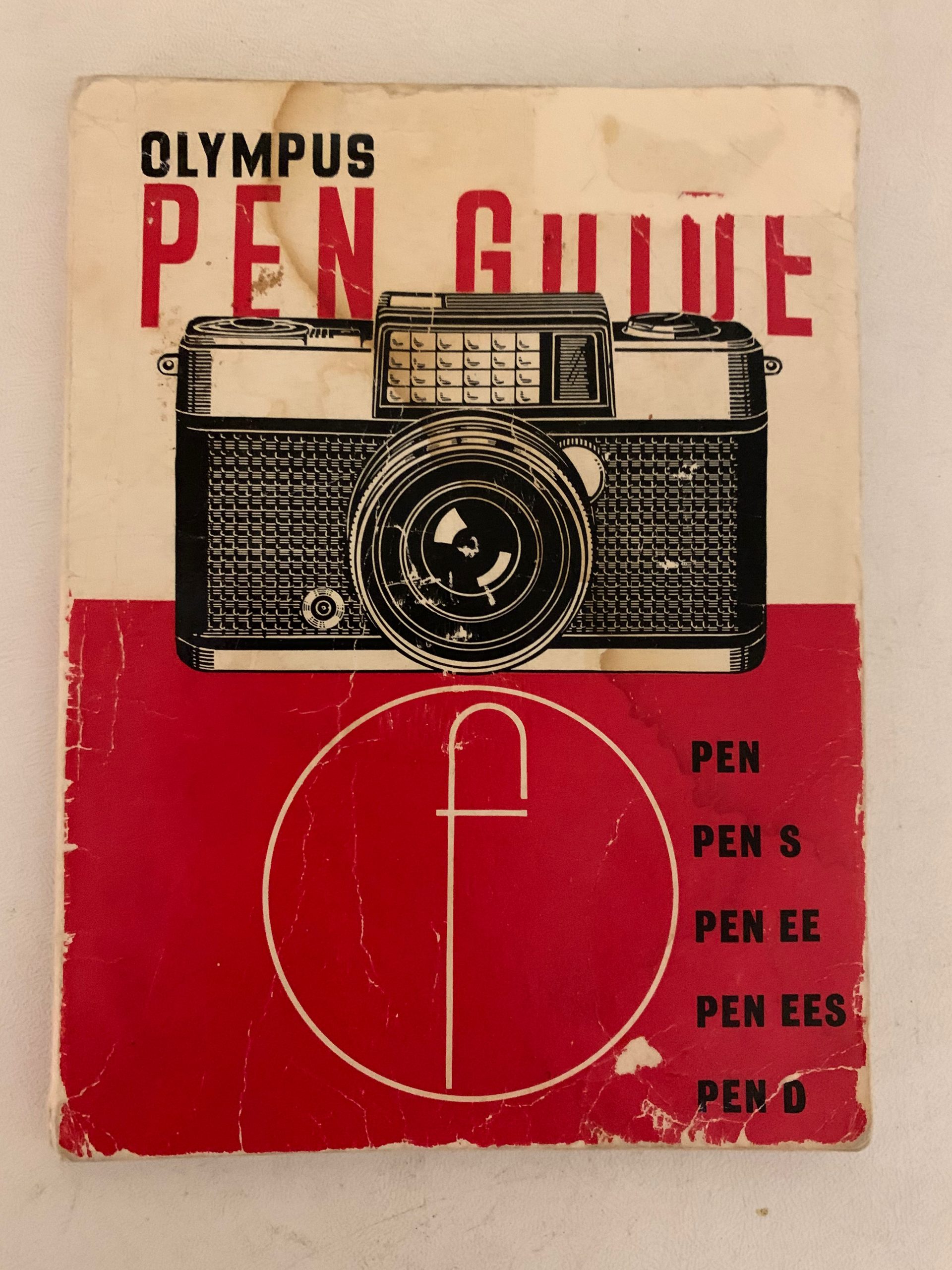 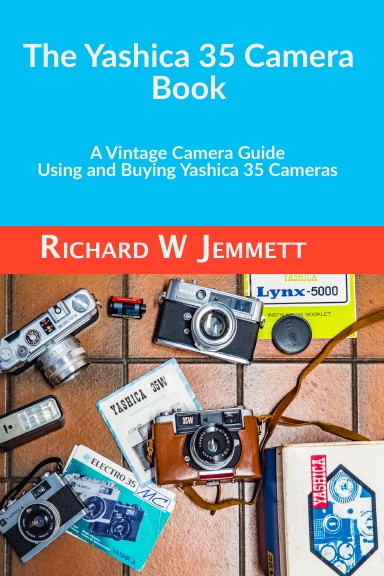 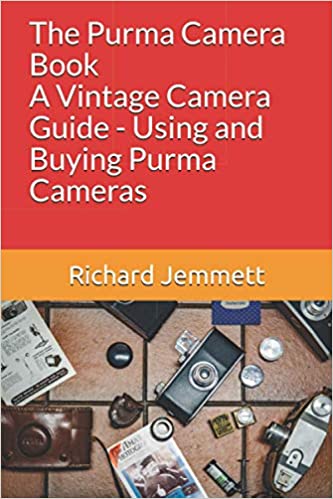